As part of our brand awareness initiative and to kick off our deployment on the Avalanche ecosystem the Sigma team would like to announce that anybody who possesses AVAX in their wallet will be able to claim free sSDEX (Staked SDEX) tokens!

sSDEX can be redeemed at any time post-launch, however, to receive the full 1-to-1 liquid SDEX value, the tokens will have to pass through SigmaFi. Depending on the SigmaFi strategy chosen the sSDEX will be vested against a curve or formula assigned to a selected contract. Individuals who attempt to realize gains before their curve contract has matured are subject to a penalty based on the elapsed time and curve that is attached to the contract.

In many circumstances penalties are related to punishment, especially when compared to traditional finance models. The Sigma team has taken the penalty concept and engineered it to strategically benefit the ecosystem in multiple ways while also supporting self-stabilization through an incentivization model that is always changing.

The key to maintaining a healthy token economy is to provide users with incentives to not only "HODL" but to take rewards from the table when it makes sense for them. When rewards outweigh the penalization value it could make sense to incur a penalty. In our protocol, this action triggers an organic rebalance mechanism and allows new capital to flow into the SDEX ecosystem while moving penalized rewards to other protocol participants.

Example: John participates in the sSDEX claim and is awarded 39 dollars worth of sSDEX tokens (1,000s SDEX at a 39,000,000 million FDV). 8 months pass by and the 1,000 sSDEX tokens are now worth 1,000 dollars. John is desperate to pay his rent and makes the sacrifice to withdraw his assets against the penalty curve he originally selected. This ends up being an 80%~ penalty to the current amount. John walks away with 200 worth of SDEX tokens to pay his rent. His claim grew in value by 412.82% even after penalties were applied.

We are running this campaign to bring awareness to both Sigmadex and SigmaFi products while ensuring the Avalanche community is acquainted with what is in store from our development team. This is merely a small sign of things to come from our team as intentions for maximizing exposure are integral to the long-term success of our protocols.

How Can I Earn sSDEX?

There will be 6 ways to obtain more sSDEX:

How Do I Get SDEX?

When Will the Claims Commence?

A date has been set for the Avalanche 🗻 network on October 31st, 2022, and the event is proposed for a 30-day duration.

Additional claim events are in discussion and will occur on other EVM chains to further unite liquidity as we expand our integrations into multiple ecosystems.

This claim event has been created to lower the barrier of entry for the entire Avalanche community while also supporting newcomers to the AVAX network. Everyone will have the opportunity to participate and benefit from the Sigma ecosystem in a very unique and game theory-inspired method.

With each technological and philosophical milestone planned over the years by our team and initial DAO members, we welcome the global community to embrace their governance responsibilities. We are anticipating people from all around the world to come together to discuss the viability of each of our concepts, modules, user experiences, and more. With every executive vote, the protocol will take another clear-eyed step toward complete decentralization.

One of the core foundations of our organization has always been allowing governance from outside of our team and founders. This allows the protocol to follow the direction of our community of users to reflect a system that works best for those who are most active and have continued growth in mind and sustainability at heart for Sigma products. 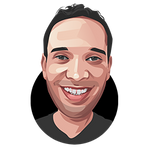 Sigmadex will introduce the Liberty Pool to ensure incentives and its token economy is stabilized.
Markets have taken a shock from the collapse of FTX and associated organizations. Sigma Labs remains on track.
We are getting close to our sSDEX claim events and have many things in the pipeline to look forward to.

Sigmadex will introduce the Liberty Pool to ensure incentives and its token economy is stabilized.
Markets have taken a shock from the collapse of FTX and associated organizations. Sigma Labs remains on track.
We are getting close to our sSDEX claim events and have many things in the pipeline to look forward to.