There is a multitude of situations that can be modeled by mathematical functions, such as investment growth, radioactive decay, atmospheric pressure changes, user growth, and much more. What do these phenomena have in common? All of these models either increase or decrease as time moves on however that’s not the entire story. It’s the way the data increases or decreases that helps determine whether it is best modelled by a unique mathematical equation. Knowing the behaviour of different mathematical functions enables us to recognize when a regression formula works best. In this article, we will go over the models that will be known as the Sigma Curves.

The Sigma Curves were engineered to balance the ecosystem and promote a healthy token environment in multiple ways. There are different formulas that work in parallel to combat these notable market problems:

Aesthetically speaking, the reward curve resembles a compounding mortgage interest curve where the principal is paid primarily towards the end of the term. We've taken the incentive curve and attached x & y to stimulate holding for the long term as rewards exponentially increase towards the end of the cycle.

Locking in assets against a mathematically determined penalty curve provides sufficient incentives for individuals to stay committed to their lock-up periods. If they don't follow through with their initial commitment they will suffer penalties that are exponentially greater at the beginning of the curve that reduces as time goes on. This inverse Sigma Curve encourages individuals to stay staked to obtain their maximum rewards.

A permission-less and transparent smart contract vault enables contributors to withdraw assets against an exponential unlock curve. The end result is the stabilization of volume and price over a period of time. Traditional vesting schedules are flawed in many ways and can create issues for long-term project growth. Most common schedules are arbitrary or include cliffs which typically create a spiral of downward pressure on predictable dates. This issue often removes confidence in newcomer participation preventing future capital from flowing in when pricing appears to be very volatile from a technical perspective.

The composition of the Sigma Curve originated from the regular compound interest model with some tweaks and adjustments to compliment the Sigmadex philosophy.

HODL is a relatively new term derived from purposely misspelling the word "hold" in the context of buying and holding Bitcoin and other crypto assets. It has also commonly come to stand for "hold on for dear life" among many crypto enthusiasts.

Holding for the long term is encouraged by Sigma Curves using various motivation mechanisms. One simple mechanic is a greater reward at the end of the vesting period. The curve distributes larger rewards towards the end of the lock-up period making it worth while to hold to the end.

It's a known fact that excitement and awareness are created when asset prices increase dramatically and this is why it is crucial to design a token blueprint that fundamentally makes sense for growth. Looking back at when Bitcoin was only pennies and comparing it to where it is now (39,500 USD at the time of writing) the cryptocurrency is vastly more adopted and well known than it has ever been before. Unfortunately, skewed or fixed initial economics can contribute to an imbalance in liquidity, price inaccuracy, and an unstable market for digital assets, making it very hard to gain appreciation and adoption as the future progresses.

The Sigma Curves play a key component in the protocol stabilization, gamification, and ultimately its protocol uniqueness. Being first to market with a revolutionary product that aims to create upside in each integration is why we continue to evolve as a protocol. Our intention to gamify every aspect of Sigmadex will help create a community of strategists that have unique daily interactions based on how they feel and what resources they have available to them at that time. By integrating mathematical models into the Sigmadex ecosystem we anticipate a long-term and growth-driven ecosystem that catches the eyes of many crypto enthusiasts. 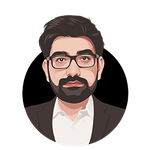 How sSDEX will be integrated into the ecosystem using mathematical regressions.
In this article we will dive into some of the most critical points a new crypto-investor should know before making their first deposit.
Numerous fundamental indicators recently announced may trigger the growth of the cryptocurrency market within the upcoming months.

How sSDEX will be integrated into the ecosystem using mathematical regressions.
In this article we will dive into some of the most critical points a new crypto-investor should know before making their first deposit.
Numerous fundamental indicators recently announced may trigger the growth of the cryptocurrency market within the upcoming months.