In this month’s Sigmadex recap we will take a look at the numerous topics that directly relate to the development of the Sigmadex protocol summarizing the past month’s progress. 👻

The Sigmadex protocol architecture was modified to utilize the EIP-2535 (Diamonds - Multi-facet Proxy) smart contract standards and templates. This design change allows for the platform to have more robust upgradability, more efficient function execution and a more organized code base for intuitive development.

Harnessing the best parts of emerging technology like EIP-2535 allows fundamental improvements to the organization, plasticity and upgradability of smart contracts. This is a progressive step in the direction of further enhancing development and optimization.

In design there exists the concept of the golden triangle that signifies the balance between quality, speed and price of a product. Usually if improvements are made in any of the three areas it requires a sacrifice in the other areas. However by adopting the Diamonds standard, an improvement to the Sigmadex platform is achieved in all three areas simultaneously. Rarely does a paradigm shift like Diamonds appear in smart contract coding design and we at Sigmadex are excited to be early adaptors of it.

Obtaining a solid date this quarter is our top priority. We have removed the reliance on third parties to go to market by focusing development resources on creating an adequate liquidity gateway for the TGE, while also incorporating a positive flowing SDEX monetary policy. We are working with several parties to coordinate a notable CEX listing following the launch event. Confirming a listing on a centralized exchange is still on the horizon and progress is made every day towards that goal.

We assure our community that we are strategically curating a path for the launch of Sigmadex so that we can expect the highest probability of adoption and success.

In preparation for our global expansion Sigmadex has added dedicated language Telegram groups for further adoption and notability. We now have dedicated Sigmadex discussion groups available in Spanish, French, Indian, Russian, Korean, and Vietnamese. With more language additions planned for the future we welcome members of our growing international Sigmadex community.

Official SDEX documentation is being compiled and updated on a daily basis as we log the numerous developments regarding our smart contracts. Within the releases over the next week you will find more in-depth explanations of the many components that make up the Sigmadex protocol.

A Farm on Sigmadex much like other platforms consists of an area where users can stake their tokens in exchange for platform rewards. Here a farm can consist of one or many ERC-20 tokens, LP, stablecoins or otherwise. When staking these tokens in a farm a user provides the amounts staked, the amount of time to stake them and optionally to provide an NFT reward that provides various bonuses. (more on NFT's here)

Users who successfully complete their staking period without withdrawing will receive reward NFT's which can be applied to various aspects of the platform from  discounts to bonuses etc. Each reward NFT has a general structure of what it does, what it can be used on and how much value its underlying asset can claim when the time comes for it to be used. Some are multi-use, some are consumable and some deplete based on use. Which NFT rewards that are minted upon completion depends on the Token staked, each one on the platform has a list of Valid NFTs.

The Vault operates as a smart contract 'bot' that is also a user in the native SDEX protocol. The vault works to expose deposit/withdraw functionality as the token farm while simultaneously acting to reinvest accrued SDEX tokens to earn users compound and proportional rewards.

At Sigmadex we pride ourselves on our growth, innovation and clear focus. Every month we are getting closer to launching the beginning of an unrivalled product that will change Decentralized Finance industry for years to come. Keeping our architecture up to date helps to make tasks that were previously monotonous and difficult more accessible while also improving protocol upgradability. With the TGE and NFT farming events underway soon we've also taken the initiative to expand our community offerings to include several different languages.

As we progress towards the end of the year we'll provide more details on our launch date and we endeavour to provide as much new information as we can as often as possible. Without the community we couldn't be where we are - Thank you for your unwaivering support. It fuels our desire to continue to succeed and secure our place in the crypto ecosystem.

Make sure to follow our announcement channel to be notified of all important information regarding Sigmadex. 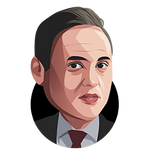 Sigmadex will introduce the Liberty Pool to ensure incentives and its token economy is stabilized.
The market is currently experiencing hardships, we are still in operation to move forward.
Markets have taken a shock from the collapse of FTX and associated organizations. Sigma Labs remains on track.

Sigmadex will introduce the Liberty Pool to ensure incentives and its token economy is stabilized.
The market is currently experiencing hardships, we are still in operation to move forward.
Markets have taken a shock from the collapse of FTX and associated organizations. Sigma Labs remains on track.