Polkadot is truly revolutionary within the evolution of Blockchain technology and is set to have a massive impact on DeFi as we know it. Acting as the hub for all cross-chain compatibility, Polkadot’s Parachains can attach to other blockchains and assist it in many ways. This assistance is derived from Polkadot’s ability to receive computational data that needs to be solved from the Blockchain it’s connected to, solve any issues within the Polkadot Parachain and subsequently output it back to the connected blockchain for on-chain DApp functionality.

This is a critical feature when considering what Sigmadex is trying to be in relation to DeFi: The evolution of DEXs. As described in our previous article on liquidity, Sigmadex’s protocol for fossilizing impermanent loss, reducing frontrunning, ensuring sufficient liquidity and mitigating the negative consequences of arbitrage, is quite complex. This complexity needs to be matched with a blockchain of sufficient specialization for it to work; that is where Polkadot’s Parachains comes into play.

Polkadot’s Parachains were made by heterogeneous sharding, which means that every Parachain’s infrastructure is different, so it contours to more specific DApps that host on it.

Reasons for Building on Polkadot

Sigmadex aims to eventually host on a DOT Parachain where the DEX can theoretically migrate and connect to any other blockchain within the crypto-space. The parachain itself will always provide the computational complexity necessary to get the job done.

That is why we at Sigmadex chose to utilize on Polkadot as its end goal, as it simultaneously provides the medium for global mass adoption by plugging into any blockchain, and can be built specifically for a DEX of this caliber.

But what kind of benefits does the Parachain infrastructure-to-DApp congruence actually provide, from a quantitative perspective, for Sigmadex?

As stated above, the computational complexity required for Sigmadex’s advanced DEX functionalities requires a congruent Parachain infrastructure. In addition to this, the other critical benefits include higher throughput, in the form of higher transactions per second, and significantly reduced gas fees.

The higher throughput is absolutely essential because the last thing anyone wants in DeFi is to miss a time-sensitive trade simply due to a transaction queue not going through quickly enough.

The reduced gas fees would allow Sigmadex to actually be pragmatically usable, as transaction costs would be sufficiently cheap to justify using the DeFi functionalities on it, and would also open up the platform to DeFi users of all financial statuses due to the cost-effectiveness of using the platform.

One more critical feature of Polkadot’s Parachains is the unique ability to not need to undergo hard forks, which are essentially lengthy updates that often lead to a divergence of the community. Rather, Polkadot is able to update solely through soft forks, which is where a blockchain can seamlessly update without any meaningful downtime or disintegration of long-standing community ties within the ecosystem.

What this basically means is that Sigmadex’s community will never be fragmented over the evolutionary progression of Sigmadex’s DApp development. This also means that Sigmadex should never have any meaningful downtime due to updating, meaning it can functionally act as the newly advanced liquidity protocol within all of DeFi 24/7 if the user demand requires it.

One Home for Sigmadex and Our Community

Overall, Polkadot is an absolute feat of coding architecture; aimed to provide exactly what Sigmadex needs to propagate and become utilized across all of Blockchain’s DeFi. By eventually hosting Sigmadex on one of Polkadot’s Parachains, the enhancements in both throughput and low gas fees will ensure that, in any circumstance of user congestion or of lower socioeconomic status, Sigmadex will remain suitable for these users. The Parachain’s infrastructure itself, being specially aligned for Sigmadex’s DApp functionalities, makes it so that Sigmadex can have a one-stop home, and can build countless connections from this Parachain without ever needing to migrate to another host.

All in all, a compatible Polkadot Parachain is an absolute necessity for actuating on our plan to be the most widespread DEX in DeFi, so as to utilize our platform to negate the most prevalent and damaging DEX-related problems, including impermanent loss, frontrunning, and insufficient liquidity. We are incredibly thankful to Dr. Gavin Woods and the rest of the Polkadot team for providing the hub necessary for our trailblazing efforts!

Read our other articles in this series to learn exactly how each of these mechanisms works to create the new-age DEX within the DeFi crypto-space. For the savvier mathematical and/or computer science readers, check out our Lightpaper for an in-depth explanation of each of our components, whose validity is verified through auditable mathematical models. 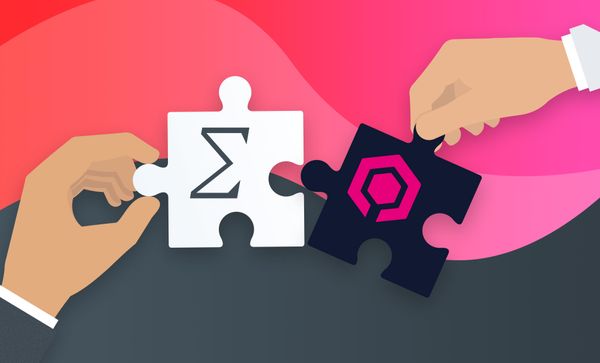 Sigmadex partners with Pinknode to utilize the powerful and accurate feed of real-world market data. 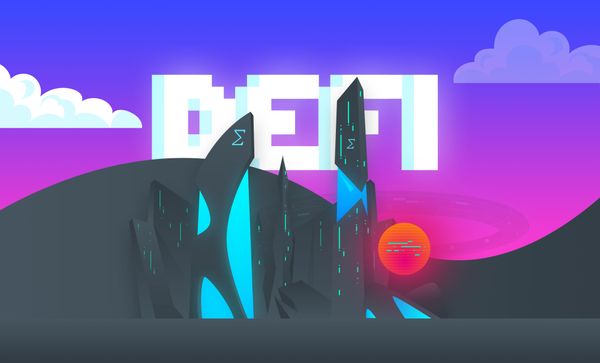 Find out more about the nature of DeFi and how Sigmadex proposes to make an impact on the global market.